This sections exaplains the different levels of testing(unit and integration tests) that can(and should) be applied to a Mongock migration and the tools Mongock provides for it.

Unit tests are a good starting point to ensure the correctness of a migration. With this mechanism the ChangeUnits can be validated in isolation, covering all the changeUnit's methods: Execution, RollbackExecution, BeforeExecution and RollbackBeforeExecution

Mongock doesn't provide any speicific tool for this, but we illustrate how to do it in our example project

A unit test for a change unit looks like this: 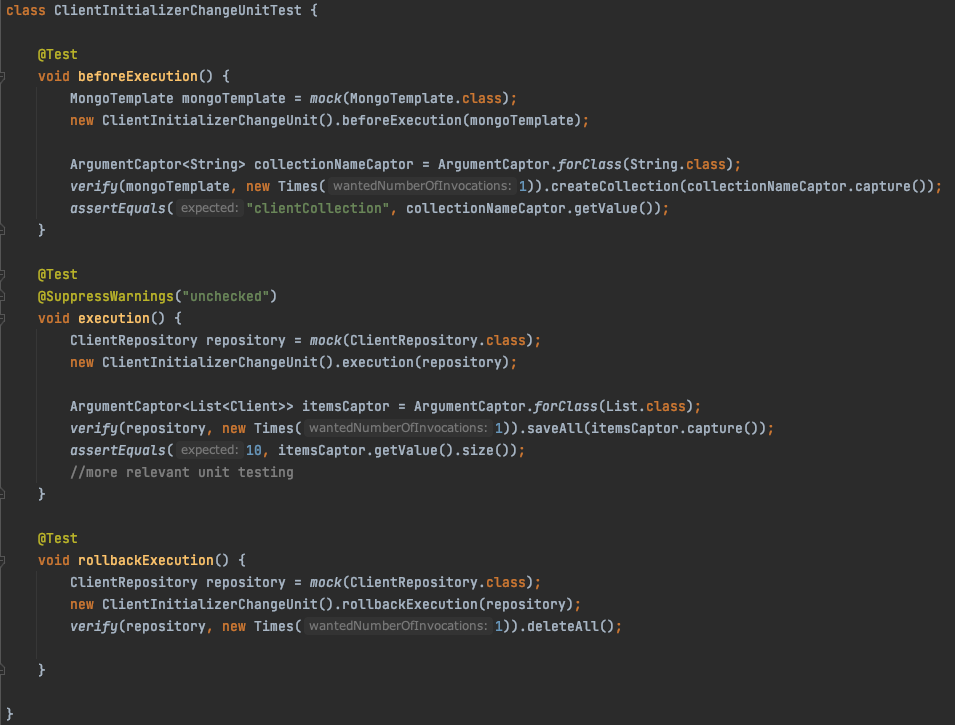 Once you are confident that the ChangeUnits are tested in isolation, we can increase the testing robustness by adding integration tests. The intent with Integration tests is to test the entire migration suite with your application context and validate the expected database results.

To see an example, please see our example project

Mongock provides some useful classes making testing easier. In summary, you need to create your test class extending MongockSpringbootJUnit5IntegrationTestBase, which provides the following

# 1. Import the mongock-springboot-junit5 dependency to your project

Assuming you have imported already mongock-springboot to you project, you only need to add

# 2. Add the additional dependencies to your project

Although there are multiple ways of doing this, we present what we think provides a good balance easy-flexible 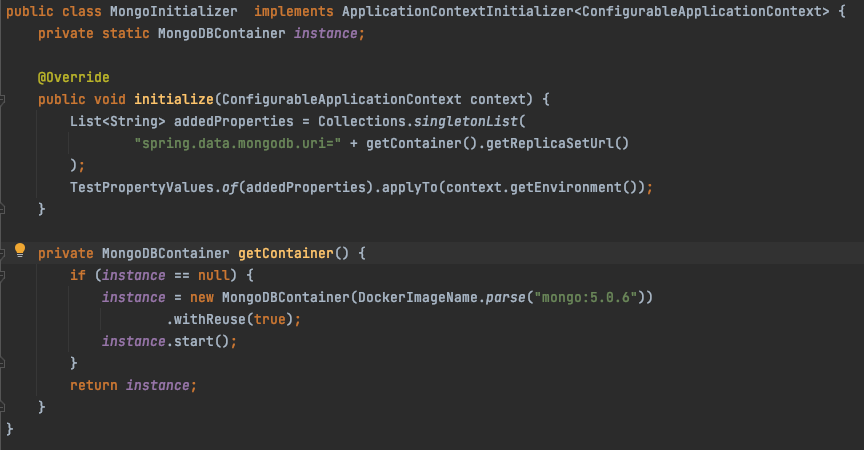 This class, in addition to extending MongockSpringbootJUnit5IntegrationTestBase, it should also bring the database initialization and the application environment.

This is an example. 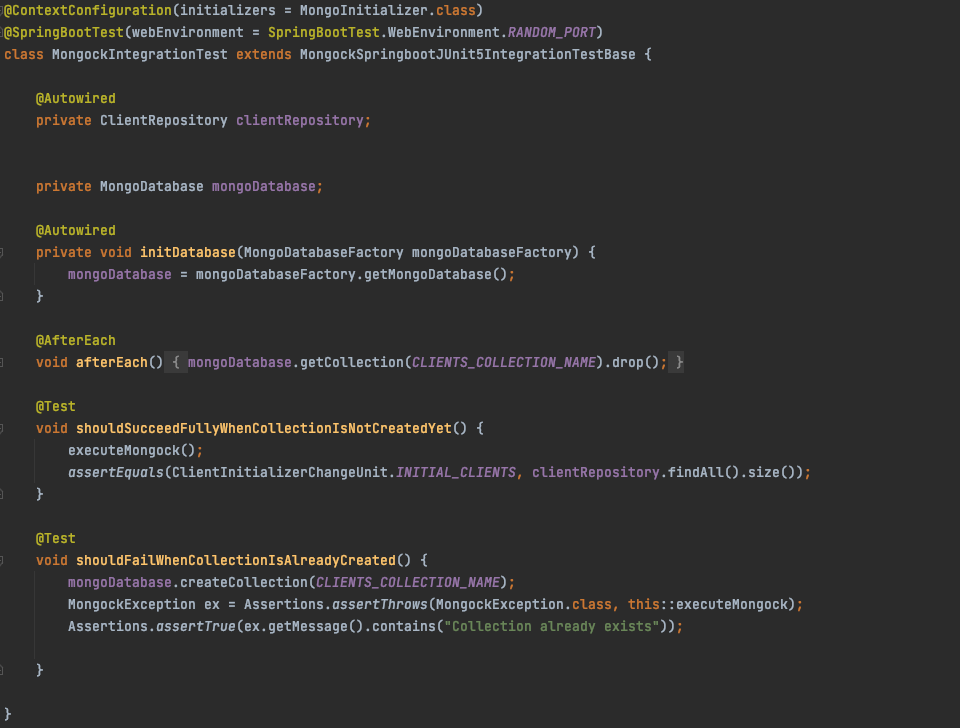 In this case Mongock provides pretty much the same than in the JUnit5 case, with the exception of the before and after methods, what forces you to make these calls explicitly.

Based on the previous scenario, the relevant modifications are 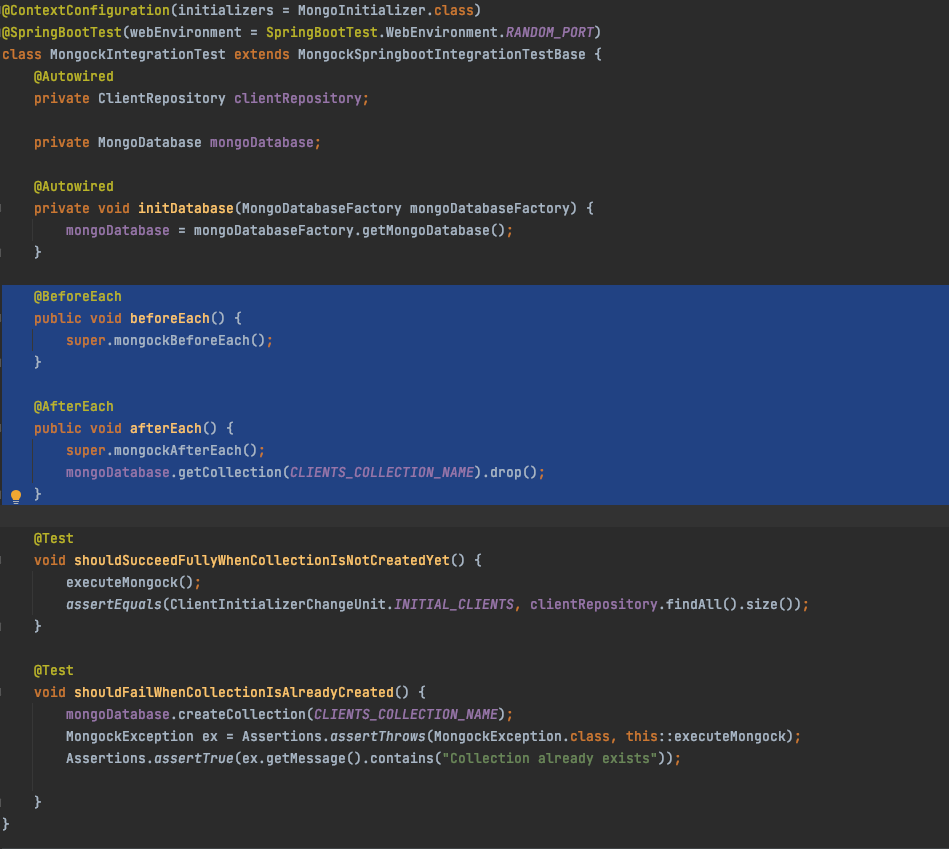 The standalone runner provides more control over the process, allowing you to implement integration tests without the need of additional support.